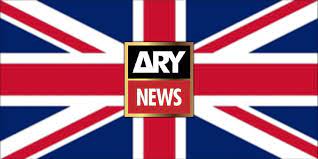 The UK television media regulator, Ofcom, has ruled in favour of The News journalist, Fakhar Durrani, over a legal complaint made by him over false allegations made on ARY News’ UK broadcaster New Vision Television (NVTV) after the Fact Focus website published Papa John’s and Bajco group story linked with Lt Gen (retired) Asim Saleem Bajwa. *With this latest ruling, it is established that the ARY News breached UK’s broadcasting rules for fourteenth time.*

The Ofcom has ruled in its judgment that NVTV — ARY News’ UK carrier — had not taken reasonable care to make allegations against Fakhar Durrani and that the material facts were not presented and disregarded or omitted in a way that was unfair to Mr. Durrani.

Fakhar Durrani had complained that NVTV showed his pictures on TV and projected him as a traitor to Pakistan which created serious threats to his life and his family. He told the regulator that he was linked with journalist Ahmed Noorani and Arsalan Zafar, the employee of Securities & Exchange Commission of Pakistan (SECP) and son of former SECO Chairman Zafar Hijazi, to create a false story of conspiracy against General (retired) Asim Bajwa.

Allegations against Fakhar Durrani and others were made on NVTV after Ahmad Noorani published a story on Fact Focus website on August 27, 2020 alleging that Asim Bajwa’s family had amassed huge wealth in the USA and the growth of the business empire of Asim Bajwa’s family has a direct correlation to the retired general’s rising career graph. Asim Saleem Bajwa, the former Special Assistant to the then Prime Minister (SAPM) Imran Khan, had maintained that the wealth was created by his brothers through investment in Papa John’s Pizza restaurant franchises and that there was no corruption involved.

ARY/NVTV in its news bulletin and talk shows, including Power Play and Reporters, labelled journalist Fakhar Durrani as a traitor. The TV channel claimed that it had exposed a troika who shared Asim Bajwa family companies’ information to the retired Indian Military officer Major Gaurav Arya. In reality, there was no truth to these allegations and none of the journalists had passed any information to Major Arya. The ARY/NVTV also linked Fakhar Durrani with Ahmad Noorani and Fact Focus reporter Ammara Shah.

Fakhar Durrani, in his complaint to Ofcom, said that NVTV had falsely tried to connect him to Ahmad Noorani in the news story related to former SAPM Asim Saleem Bajwa. Durrani said that after leaving Jang Group, Noorani had moved to the United States in 2020 where he started his own digital platform with the name FactFocus where he has his own staff, including reporters and editors. Durrani stated that he had nothing to do with FactFocus or Noorani.

Durrani stated that NVTV’s claim that “At no point did the report paint Mr Durrani as having acted improperly” was “plainly false”, as there was no balance or fairness in the programme, particularly in relation to how Durrani’s photograph was shown.

The NVTV did not agree with Ofcom’s Preliminary View to uphold the complaint in favour of Durani. NVTV referred to Durrani’s complaint, and said that it fails to be transparent about the fact that Ammara Shah works with Noorani who works within the Jang Group with Mr Durrani. NVTV said that Durrani, Noorani, and Ammara had been identified in the SECP’s own inquiry into the leaked information and they have a professional connection to each other.

NVTV referred to the SECP Report, which the programme makers accessed on a confidential basis. This document, it said, detailed the events which led to the security breach which included that Durrani had approached a named senior official at the SECP for information about four companies related to the BajCo Group on July 27, 2021, as well as setting about the manner in which Ammara and Noorani were involved.

Ofcom recognised that some viewers may have been familiar with Durrani and his role as a journalist. However, Ofcom noted that Durrani had not been publicly named as the author of the article published on factfocus.com, “which we understood to have been published by Mr Noorani.”

The ruling said: “Ofcom also considered that the manner in which Mr Durrani’s photograph appeared in the report, along with the statements made when they were shown, as noted above, was likely to have given viewers the impression that Mr Durrani had a closer connection to Mr Zafar, and the alleged theft of the Bajwa family’s personal information that enabled an application for SECP documents to be obtained, than was necessarily the case. We also considered that the repetition of the photographs of Mr Durrani in this way was likely to have reinforced this impression to viewers.”