ARY Film Awards 2014 to be held on Sunday

ARY Digital Network along with its films division (ARY Films) is an integral part of this successful and filmy year. In recognition of all the efforts of the dynamic filmmakers and talent, ARY Digital Network announces the ARY Films Awards 2014 to celebrate the new cinema of Pakistan to be held on April 27, 2014.

ARY Film Awards 2014 is the first of its kind film awards platform created for the appreciation of efforts of the industry in order to motivate the young blood that has just been injected into this decades old passion of the nation.

ARY Films Awards 2014 has three different categories ie The Viewer’s Choice Awards, Jury Awards and Technical Awards. The viewer’s choice category has already invited the viewers to vote for their favourite celebrities, films and filmmakers through SMS and website (www.aryfilmawards.com) supported by a multimedia promotional campaign including print, outdoor, radio and web. There are total 14 categories in the Viewer’s Choice Awards. A jury of professional and prominent names of the film industry will decide the Jury Awards and they will be presented to the rightful candidates on the day of the event. Finally there will be technical awards, which will also be judged by the jury and presented to the best technicians of our industry for their talents showcased last year.

The superstar of our film industry Shaan Shahid along with other prominent celebrities will host the event. The most happening faces of the industry whether on screen or behind the screen are invited, as this is a celebration of their efforts. The prominent sponsors and film distributors, marketers and other related people would also be invited.

With all this fanfare and preparation, ARY Film Awards 2014 is bound to create a positive stir in the film industry and excite more people to make great films for Pakistan and beyond in the times to come.
Speaking about the event, ARY Digital Network Founder and President Salman Iqbal said, “As far as films are concerned, I would like to say that it is our mission to take things forward one step every time. Last year we presented some great movies and this year we are creating a platform where great movies will be appreciated. I think that Pakistan has lost many a year as far as the development of film industry is concerned so we must all join hands together and take it to where the international films an cinemas stand today”.

ARY Digital Network CEO Jerjees Seja said, “Another milestone is going to be achieved by the Pakistan’s film industry with ARY Film Awards. It is a matter of pride for us that we are creating another platform to appreciate the talent of Pakistan and motivate the young and creative to make more films next year and keep the ball rolling. 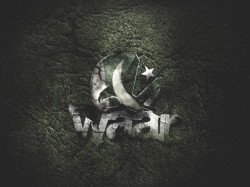