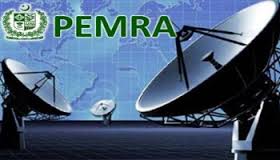 Famous Actor and Former Director General (DG) of Pakistan National Council of Arts (PNCA) Tauqeer Nasir talking to APP said: “This decision should have been taken earlier but it is never too late to make things right.”

He said: “Be Pakistani, see Pakistani this is not only the duty of media but it is a duty of every individual to endorse the decision taken by Pemra.”

We should only promote, project and transfer our values, norms and culture to our next generation rather than promoting culture and religion of other countries, he said. In 80s and 90s Pakistan Television (PTV) did perform a proactive role in grooming personalities, he said and added today children are somewhat hollow, they are intelligent but don’t have strong values.

Director Ashir Azeem said the ban may be a positive step to help promote local cinema. “I think we will survive the ban. In fact it might help spur our productions and create more output. I agree with the idea of restricting Indian films because the exhibitors currently favour them over local films. So local producers are afraid to invest,” he said and added that your film will likely be sidelined if an Indian film is released at about the same time.

Under section 33-A of the Pemra ordinance the country electronic media watchdog has called on the Federal as well as provincial governments, FIA, FBR, SBR and other stakeholders in the country to stop Indian DTH service. Pemra has said with the help of the state agencies it is finally going to get rid of Indian content in the country.