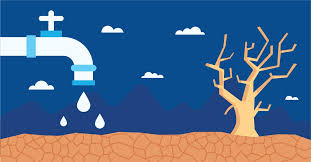 BADIN – A large number of growers and farmers staged a 20-kilometre long march on foot from Seerani Town to Badin City headquarters on Saturday to protest against ‘artificial’ water shortage in the tail-end of Badin district.

The “march” on foot was organised by Seerani Social Forum which was led by Azizullah Dero, Mir Noor Ahmed Talpur, Khuda Dino Shah, Amir Azad Panhwar, Shahnawaz Siyal, Nawaz Shah Bhadai, Hamid Khaskheli, Yousuf Mandhro, Abu Talib Khaskheli, Hanif Diyang, Umar Mallah and others. The march started from Seerani Town. While after passing through different chowks and villages, the participants were warmly welcomed by locals. The participants finally reached outside Badin Press Club where the march turned into a sit-in which continued for several hours.

While addressing the participants, representatives of growers expressed their anger and said that their share of water was diverted to five flood canals and was stolen through illegal outlets to irrigate land of the influential people which was depriving over millions people in the tail-end areas of the district.

They deplored that there is no water in district from last many months and agriculture system has been totally destructed and livestock was about to die but Govt officials and elected representatives were sleeping with no notion of public matters.

They said that diversions of water through Akram Wah and Phuleli canal was a main reason for water shortage in the district which caused of ruined of the agriculture system of Badin district adding that their struggle was nonpolitical and will remain till its objective meet.