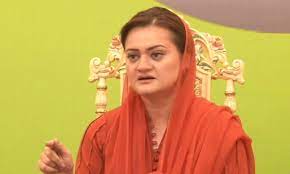 ISLAMABAD – Federal Minister for Information and Broadcasting Marriyum Aurangzeb Monday said that the government fully believes in independence of social media as the Constitution of Pakistan protects the rights of citizens and freedom of expression.

Talking to a six-member delegation led by TikTok Regional Head of Asia Pacific in Islamabad, she said that the use of any post which is against the Constitution cannot be allowed. She said the general public specially the youth should be provided awareness regarding the production of videos on Tik Tok.

She said that the use of social media for spreading chaos, fake news and immorality in the society would not be allowed at all.

On the occasion, the delegation said that Tik Tok App would play its best role in guiding the youth about production of videos in collaboration with the government. It said that the Application can also play an important role in promoting Pakistan’s culture and its values.

The delegation said that on occasion of Pakistan National Days and PSL event, millions of videos were created on Tik Tok App to promote national spirit.