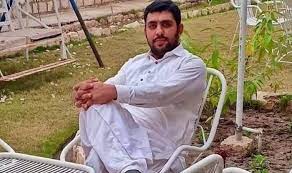 SUKKUR: The Anti-Terrorism Court Sukkur on Tuesday heard the proceeding of the murder case of a journalist, Ajay Lalwani and had adjourned case till October 20.

Reports said the ATC adjourned the case till October 20, while the defence counsel had filed a petition to transfer the case from ATC to District & Session Court Sukkur. The accused Syed Inayat Shah, Ehsan Shah, and the then SHO Ashiq Mirani had also appeared before the court. While talking to media persons after the hearing the lawyer of the slain journalist said the defence counsel adopted delaying tactics by filing an application to transfer the case from ATC to Session Court Sukkur.

Dileep Kumar, father of Ajay Lalwani, said that he and his family had received threats and pressure to withdraw the case, saying he shared all the mobile numbers with the police. While, the police did not bother to investigate the issued threats being received by some unknown individuals.

A large number of journalists also gathered at the outside of ATC Sukkur. The journalists demanded Justice for their colleagues.