An abducted Journalist Ashiq Jatoi got bail after 17 days. 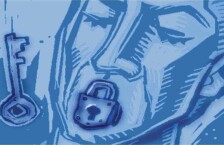 An abducted Journalist of Sindh Tv, Ashiq Jatoi got bail on 21st Nov from First judiciary Rohri court after 17 days, and on 28th Nov chalan was registered on behalf of witness’s evidence against Chachar.

Talking to PPF, Jatoi stated that on Nov 4th a group of 4 to 5 unidentified people abducted him from his home and took him to the Rohri police station in Sukkur, and asked him to join an unidentified Union. Otherwise he will be sent to the jail, in a charge of murder or Iranian oil smuggling.

Later, after 10 hours a person named Hafiz Abdullah chachar lodged FIR against him under the Anti-terrorism act in Rohri Police Station.

Jatoi believes he was targeted due to his reporting on smuggling of Iranian oil by local landlords in collaboration with the police.

Jatoi also stated that it is the second time, on 30 July 2019 he was brutally attacked and kidnapped by the same group of people along with his 5 Journalists friends. After attacked they were taken to the Pano Aqil Police Station. Where, the same person Hafiz Abdullah Chachar lodged FIR against him under the Anti-terrorism act. Pano Aqil police presented all the accused before the Anti-Terrorism Court for their physical remand. The court disallowed the prosecution’s plea and removed charges of terrorism and referred the case to the district and sessions court which granted bail to all of them.