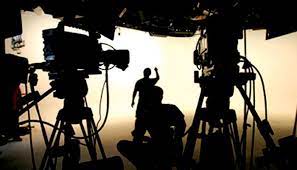 ISLAMABAD: Media organisations including APNS, PFUJ and PBA have expressed concern over the statements of Pakistan Muslim League-Nawaz (PMLN) vice president and federal information minister regarding advertisements released to the media during past government.

The All Pakistan Newspapers Society (APNS) expressed its profound concern on the statement of PMLN Vice President Maryam Nawaz in which she admitted to denying some media houses advertising and the subsequent statement of Federal Information Minister Fawad Chaudhry wherein he has shared figures of advertisements released to the media during the tenure of the past government.

In a press statement the APNS stated that the figures released are not only partial and selective but purposefully do not include the advertisement spend of the present government. It asks the government to release the figures of advertising released to the media in the last 20 years.

Meanwhile, Pakistan Federal Union of Journalists (PFUJ) has bemoaned the revelations that PMLN Vice President Maryam Nawaz Sharif ordered to stop the advertisements of those media outlets that were not liked by the N-government.

In a statement issued on Wednesday, President of the union Shahzada Zulfiqar and Secretary-General Nasir Zaidi said that the union was strongly opposed to any move that is to stop the advertisement of the newspapers or media outlets in a bid to undermine press freedom. Such attempts are meant to stifle media outlets financially and should not be practiced by political parties and governments.

Meanwhile, in response to the statement of Maryam Nawaz on denying some media houses advertising and the statement of information minister in which he has released a partial media spend to reporters recently, Pakistan Broadcasters Association (PBA) issued a statement in Karachi on Wednesday, saying that the government advertising should never be used to influence editorial content and control free speech.

“The governments should not try and create divisions within media and use advertising as a tool to exercise control over media. We ask the government to make public all media spends of the last 20 years including the present government’s spend,” it said.

The PBA strongly condemns all forms of coercion by any government past or present who has used govt advertisement to influence editorial policy. The present govt also faces accusations of doing the same whereas as per its manifesto it should ensure that the tax payer money for advertisement in public interest is on merit and not due to politics,” PBA added.

It said that the present government has also centralised advertising decisions, taking this right away from individual govt organisations, depts and ministries to exercise control on media. The present government’s track record on media relations has also been under a lot of criticism by media watch dogs and journalists bodies. When governments try to control freedom of expression then the democracy and people of Pakistan suffer the most.