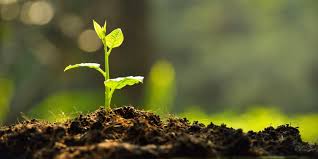 He was talking to media on Friday after attending a high level meeting in Islamabad chaired by Prime Minister Imran Khan regarding environment changes.

The AJK prime minister continued that PC-I worth Rs20 billion has been prepared to achieve the target of tree plantation in the state. The meeting was attended by the Punjab chief minister, KP chief minister Mehmood Khan and representatives of Balochistan and Sindh governments. The meeting exchanged views on strategies to combat the challenges arisen out of environment changes.

AJK prime minister told the meeting that to protect the natural atmosphere in the state and to prevent cutting of woods in the upper areas the project of energy mix was also under consideration. He said long term policy would have to be adopted for protection of environment resources in the upper areas in AJK.

The AJK prime minister told the meeting about the steps taken by his government for setting up of climate centers which were more than the provinces of the country and made an action plan to combat this challenge. He said AJK education department incorporated necessary things in syllabus in this regard.

He informed the meeting that his government planted 30 million saplings at a cost of Rs1.2 million over an area of 54,317 acres in AJK in the past 3 years with a success ratio of 78 percent.

He said work was done on watershed management. He added that AJK government had made a pragmatic strategy regarding Billion Trees Project of Prime Minister Imran Khan. He said we have capacity and capability to meet this challenge.