ISLAMABAD – Acting President and Chairman Senate Mian Raza Rabbani has asked the government to call a meeting of the Council of Common Interests (CCI) to introduce comprehensive and equal laws on child rights in provinces and ensure their implementation.

Speaking at a seminar on child rights at the Pakistan Institute for Parliamentary Services (PIPS) yesterday, Raza Rabbani urged the government to form a joint parliamentary committee with equal participation of government and opposition members of both houses which should be mandated to look into the performance and implementation of the law.

“The joint parliamentary committee should initially present its reports to both houses on a quarterly basis,” he said.

He asked the government to declare 2016 as a year of “best interests of the child” for the sake of the protection of children.

“After playing around with the nation for 68 years we are standing at a crossroads where all roads lead to destruction except one,” said the acting president asking the question whether they were ready to mend their ways and make the federation prosper.

He said they had to move forward towards implementation of laws on priority basis as the nation had a great potential.

“The nation will bounce back and its resilience in the wake of gruesome incidents in Peshawar, Karachi, Quetta and Lahore caused by terrorists is the evidence,” he said. He said he was sorry for what happened with the children of Kasur. 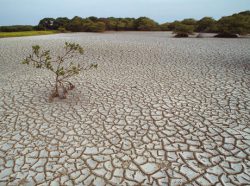 CCI to discuss water challenges, distribution dispute in next meeting