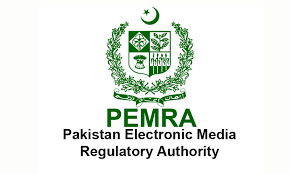 ISLAMABAD – After the removal of Absar Alam as chairman Pakistan Electronic Media Regularity Authority, no one is there to look after the affairs of the authority as the federal government could not appoint the executive member of the regulator during the last two years, The Nation leant.

Last week, the Lahore High Court had removed Absar Alam as Pemra chairman after declaring his appointment in violation of merit and Supreme Court judgments in this regard.

Interestingly, the government has failed to appoint the executive member of the authority who has powers to look after the matters of the regulator in the absenceof chairman.  President appoints executive member of Pemra on the recommendations of the prime minister for a period of four years.

A senior official of Pemra told The Nation that Absar had elevated Director General of Pemra Sardar Irfan Ashraf to the post of executive member after taking approval from the authority members.

The official said that Alam’s act was illegal as it is clearly mentioned in the Pemralaws that only president of Pakistan can appoint executive member. He said that rules are silent on the appointment of Pemra’s acting charge.

The Pemra official said the federal government will soon appoint the Pemrachairman or the executive member for running its affairs.

A Pemra spokesperson said that Sardar Irfan Ashraf has been posted as the executive member but a formal approval in this regard will be taken from the president next week.

The federal government did not appoint the executive member in last three years on a request of Alam, he said. According to media reports, Alam has decided to challenge the LHC decision in the Supreme Court.