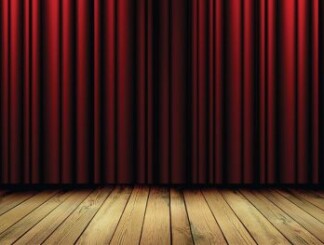 KARACHI: A theatre play ‘Aapki Sonia’ by renowned Indian playwright Javed Siddiqui will be performed from June 14 at Southend Club, announced its director Aly Khan while speaking at a press conference on Friday.

Aly Khan, who can these days be seen in quite a few TV plays, started his speech by telling the media about his upbringing and training as an actor and theatre person in India. He said he began working in theatre when he was nine. He joined a theatre group where he got to learn the basics of the art form. He went on to do a lot of theatre projects, including Hamlet. He commented that while acting on TV helped him put food on the table, it’s the world of theatre that he was passionate about. He termed it the Holy Grail.

About working with actors Sajid Hasan and Mahvish Hayat on the project (Aapki Sonia), he said it’s a privilege to be given an opportunity to work with such A-list Pakistani actors.

Actress Mahvish Hayat echoed the same sentiment when she said that TV and fashion modelling were beneficial propositions but doing theatre would give her the chance to prove her mettle as an actress. She said Aly Khan was a perfectionist and working alongside Mr Hasan was a learning experience.

Writer Hasina Moin, who was also present at the press conference, iterated that theatre provided the actor with an immediate response to their performance. She hailed Mr Hasan for being a consistently good actor over the years.

Mr Hasan said apart from being one of the two actors in the play he was also its producer. He mentioned Pakistani audiences were now stepping out of their houses to watch and encourage stage productions. He attributed that to an ‘overabundance of political activities’. He said that theatrical activities might help bring normality to the politically-charged atmosphere in society.

The event was hosted by Begum Nawazish Ali who earlier apprised the media about the A.K. Maskatiya Productions and its TV projects. 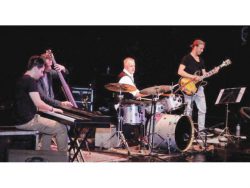 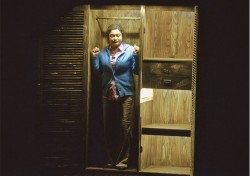