A women polling station without voters

SAHIWAL: Male residents of 111/9-L, Jahan Khan, upheld their 35-year-old “tradition” on Saturday by once again not allowing the women of the village to cast their votes in the 2013 general election.

At the village located some 15km from Sahiwal city, 685 women are registered as voters but none of them turned out to cast vote, causing disappointment to the five-member women polling staff who kept sitting idle at the poling station No 15.

It is learnt that for the last 35 years the elders of Joya, Khokhar and Rana biradris who are political rivals, had not been allowing women voters of Jahan Khan to vote.

Mr Sakhi, UC secretary concerned, told this correspondent that the male resident of the area thought it would be a blot on their ‘honour’ if they allowed the women to vote.

Saima Nazli, the presiding officer for PS NO 15 set up at the Government Boys Primary School, Jahan Khan, said not a single woman turned out to vote since morning.

Ms Abida, FAFEN observer, confirms the claim. “The male voters’ turnout remained more than 50 per cent but not a single woman was allowed to cast vote at this polling station.”

The polling agents and supporters of candidates of various parties Dawn spoke to were unanimous in favour of the decision of not allowing women to vote.

Even the supporters of Malik Muhammad Yar Dhakoo, the PTI candidate for NA-161, said they considered “casting vote was a disgrace to the women”. Similar were the views in the camps of Chaudhry Ashraf and Muzzar Shah Khagga who are contesting on PML-N and PML-Q tickets, respectively.

Many of the men said it was against their honour to allow women to vote, vowing “we will not let this happen here”.

In 2008, there were three villages — 65/4-R, 101/12-L and 111/9-L – where women voters’ turnout had remained zero in district Sahiwal. However, this time women were allowed to vote in two out of the three villages. Mamona Amjad, a social mobaliser working for an NGO Sujag told Dawn that more than 50 per cent women votes were cast in 65/4-R and 101/12-L villages.

Hammad Afzal who directed a theatre performance “Parchee” that was staged at these villages told Dawn that only the women of these villages should be given credit for such a big turnout there.

“(By turning out in such a large number) women have defeated all biases created against them by the men (of these villages),” he said.

Ms Najma of 65/4-R village and Ms Nighat Parveen of 101/12-L village told this correspondent that many women exercised their right to franchise for the first time in their villages. 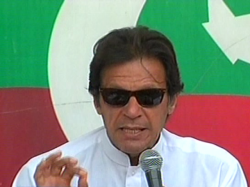