The ongoing Sindh Festival has helped flash a bright, clear and welcome spotlight on the distinctiveness, richness and inherent liberalism of the Sindhi culture. The open-to-public musical shows, poetry recitations and sports tournaments at the festival are nothing short of a rare and welcome elixir for a populace that has since long been doing little apart from gaping wide-eyed at the state’s monstrous challenges. Here is hoping that through this venture, Pakistanis will snap out of their stupor of shock and horror, albeit for a while.

The ‘cultural coup’ of the Sindh Festival — brainchild of PPP patron-in-chief Bilawal Bhutto Zardari — kick-started at Moenjo Daro on February 1 and will last for 15 days. That the Sindhi culture is in need of such an ‘emergency’ rescue mission is quite apparent. Today, little, if any, Sufi couplets are being written in Sindhi because the language does not ‘sell’ amongst the country’s top literary circles.

Moreover, little, if any, local research is being done on archeological sites in Sindh, as scholarly work in the province, despite the 2010 devolution of education, still remains crippled owing to negligence shown towards it for whole decades by education and culture ministries driven largely by the centre, which contributed to the Sindhis’ cultural alienation and the deep-seated resentment that many from the ethnic group have harboured against the state. Hence, this festival serves important purposes: it sends a loud and clear reminder about the merits of Sindhi culture and reaffirms a waning Sindhi identity.

This much-needed initiative should set the stage for all-encompassing reforms to prop up a people whose cultural space has been systematically encroached upon and who have been denied social and economic leeway for decades. The province needs to be treated not just as the land of a certain, distinct cultural group, but as a part of Pakistan — a province to which central leadership is accountable. In fact, this needs to be the case not just for Sindh but for the other two smaller provinces as well. 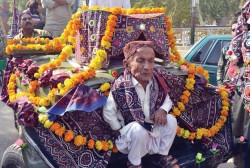 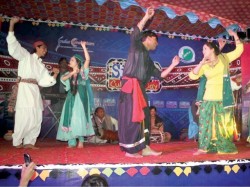