A treat for art lovers opens on Nov 2 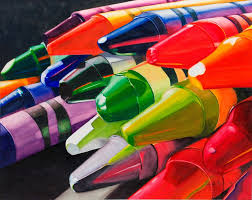 LAHORE: Khayaal Creative-Network will celebrate the best of Pakistani talent at their “Festival of Arts & Literature 2013” which is to be held on November 2 and 3 in collaboration with Alhamra Arts Council at Alhamra, Mall Road.

Khayaal Creative Network has brought together a variety of speakers from the fields of literature, art, music, dance, architecture, journalism, film, television and theatre to show how progressive and dynamic Pakistan is as a nation. “As we all know, Lahore has been long known as the cultural hub of Pakistan hosting a vibrant and colourful atmosphere which instantly draws one in. Khayaal-Creative Network has chosen Lahore as the location for their first event, the ‘Festival of Arts & Literature 2013’, to give something back to this cultural city and its people,” a press release issued on Saturday read.

On the first day of the festival, November 2, there shall be an inaugural session from 10am-11am in Hall 1 with Syed Babar Ali giving the keynote speech to open the event. The sessions shall be from 10am to 6pm, with live performances in theatre/music from 6.30pm to 8pm each night. Khayaal-Creative Network is an organisation set up by four talented women, namely Ayesha Husain, Zainab Qureshi, Amna Omar and Nuria Rafique-Iqbal, who had a collective vision of promoting the arts and literature in Pakistan by holding events that celebrate our own talent and promote open discussion and debate.

The “Festival of Arts & Literature 2013” aims to do exactly that by bringing the people of Lahore in an exciting combination of leading Pakistanis, making a name for themselves in the world of arts and literature. Ayesha Husain, one of the founders of Khayaal-Creative Network elaborates on this point and explains the organization’s idea behind the festival: “We want to honour Pakistani talent and give back something to this beautiful city of Lahore and its people. This city has given all of us so much in terms of culture, history, architecture and beauty, and we feel that we should celebrate this with everyone.”

The “Festival of Arts & Literature 2013” has a strong lineup of speakers and the sessions scheduled promise to be both fascinating to witness, as well as extremely informative for those attending. International journalist and television host Riz Khan will also be doing a session via Skype on “Journalism and Ethics”. Riz is a British-Pakistani but has made a name for himself in international media through his shows on BBC World, CNN International and Al Jazeera English.

One of the most prominent artists of his generation, Rashid Rana’s segment “An Artist Talks” promises to be an interesting insight into his collection of works and their inspiration. Pakistan’s most well-known and beloved singer Farida Khanum shall be gracing the stage with her presence and her session entitled “The Love Song of Pakistan” with Ali Sethi.

In celebration of our mother tongue, acclaimed feminist Urdu poet KishwarNaheed will be especially travelling from Islamabad to participate in the festival as a speaker. In addition, IntizarHussain shall be in conversation with Khalid Ahmed, and Sarmad Khoosat and Salman Shahid shall be celebrating Pakistan’s poetry with their session “Main Manto”. The festival gets a little serious with Nighat Rizvi, Baela Jamil, Samar Minallah and Zainab Omar on the topic “What our Daughters Deserve”, a discussion of issues facing women of the 21st century. While at the same time, one can look forward to having a good laugh with Gul I Naukhaiz Akhtar and Ishfaq Virq with their session “MazahParay”.

For those with a love of film, the “Festival of Arts & Literature 2013” is just what they were waiting for as we see the actors and production team members from the recent Pakistani blockbusters “Main Hoon Shahid Afridi” and “Waar” come together for the talk “Lights, Camera, Action”, including Javed Shaikh, Kamran Lashari, Bilal Lashari and Shaan. Furthermore, Meenu Guar and Farjad Nabi, the directors of critically acclaimed film “Zinda Bhaag” join Abdur Rauf in a discussion on the “Future of Pakistani Cinema”.

International best-selling author Mohsin Hamid shall be discussing “English Fiction and the Pakistani Imagination” with Mira Sethi, while Feryal Ali Gauhar shall be speaking her mind in “Uncut and Uncensored”. Aitzaz Ahsan shall be in conversation with Raza Rumi on his new book in the session “Delhi by Heart – Impressions of a Pakistani traveler”. Musharraf Ali Farooqi shall be giving us an insight into storytelling with his talk “Micro Narratives” with Dr Ali Mehdi Hashmi. The incredibly talented dancer Nighat Chaudhry will be setting the stage on fire with her live performance, and Adeel Hashmi and Mira Hashmi shall be bringing “Faiz” to life.