A nostalgic soiree into vintage music 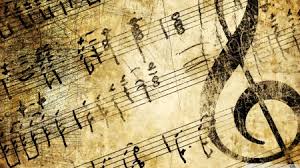 The Karachi Press Club (KPC) was the venue of a nostalgic trip in a non-linear dimension, time, with the marking of the73rd death anniversary of the legendry Indian playback singer of the pre-partition India, Kundan Lal Saigol (KL Saigol).

The programme, Bayad KL Saigol, was conducted by a well-known connoisseur of music, Mujeeb Qureshi, himself an accomplished vocalist.

While most of those present were the ones who must have been born well after the Saigol era, there were some, who may have been children when the playback singer bade the world farewell, but the large attendance testified to the interest of the young people in our musical heritage.

What added to the nostalgia was the vintage wind-up grammaphones along with the old breakable 78 RPM records of the late vocalist that fans had brought along. All this created an ambience of the 1930s and the early 1940s.

Qureshi did a wonderful job by replicating the late vocalist’s somewhat nasal voice.

Talking to The News, he said that Saigol gets the credit for having imparted dignity and prestige to the craft of playback singing.

The programme was highly timely in that it acquainted the young people with our rich musical heritage and would go a long way in erasing the concept in their minds that all there is to music is modern pops. It would enlighten them on the fact that music has far more genres than the ear-splitting pops they are used to. Such prgrammes would certainly go a long way in educating our youth on the sublime pursuit of music.

Ustad Masood Ahmed presided over the function which was held jointly by the cultural and literary committee of the KPC and the Halqa-e-Arbab-e-Zauq. What was most encouraging was the large presence of the young people.