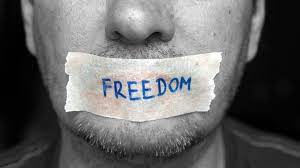 It was a little past midnight on Jan 1, 2014. In the town of Badah, Larkana district, journalist Shan Dahar was standing outside a small medical store located in a narrow lane. He had been working on an investigative story about free medicines supplied by an NGO for poor patients being illegally sold to local pharmacies. Suddenly a gunshot rang out. “Shan was leaning across the counter talking to me when he let out a cry and collapsed on the ground,” recalls the shopkeeper, Zulfikar Khokar. A bullet had struck him in his upper back.

By the time the medical superintendent got to the scene and Shan was transferred to Chandka Hospital in Larkana, the journalist had lost a considerable amount of blood. That, coupled with a gross lack of medical attention, cost Shan his life. Before he breathed his last, some nine to ten hours later, he alleged that the influential Zehri family was behind the attack. He had had several confrontations with members of the family, including over a documentary he had made about precious seals stolen from Moenjodaro museum, a crime in which he had implicated some individuals from the Zehri tribe.

As a senior journalist with 27 years’ experience, Shan’s death caused considerable agitation among media professionals and rallies were held across Sindh to demand the arrest of his killers. However, the investigation process became suspect almost straightaway. As in Ajay Lalwani’s recent murder, the sitting SHO at the time was transferred and two others were appointed to the post in quick succession by SSP Khalid Mustafa Korai. According to Shan’s colleagues, he had had several run-ins with the cop, and at a recent press conference had asked him how he could afford his lavish lifestyle on a policeman’s salary. A complaint lodged by the journalist at the Thana about threats against him a few days before his death mysteriously vanished.

After first claiming that the bullet that had hit Shan was fired from 20 feet, the police revised that estimate to 40 ft and then to 250ft describing it as an accidental death due to aerial firing by revelers on New Year ’s Eve. No one else in Badah died in aerial firing that night; indeed, say local journalists, no death from aerial firing has ever been recorded in the area. “And the temperature was sub-zero on the night between Dec 31 and Jan 1,” says Fouzia Dahar, Shan’s sister. “Cold weather slows down a bullet. The police also claimed the bullet first hit the wall above Shan’s head, deflected and then struck him. It couldn’t have retained enough force to do that and puncture his lung.”

Then there was the lone eyewitness to the crime itself, Munna Qadir Kandhro, the watchman at the hospital across from the medical store, who, it is believed, told some neighbours the next day about what he had seen. He was even picked up by the police but then released on bail. “He and his family disappeared from Badah and were never seen there again,” insists Ms Dahar. “Why didn’t the police track him down?” The bloodstained jacket her brother was wearing that night is still in her possession; the police, she says, didn’t even take it for forensic examination.

No one has been prosecuted for Shan’s death despite his family’s efforts. Promising leads were not followed up, such as the fact that two Zehri brothers, Amir and Irfan, were earlier seen by several witnesses that night close to site of the shooting. A re-investigation, led by the same DIG as the one who had conducted the first one, unsurprisingly arrived at the same conclusion. The Zehri brothers still live in the same town, despite a court order that they be arrested when found.

Within walking distance of where Shan was shot is a two-room press club. A group of journalists gathered there spoke to Dawn. “We don’t know for sure whether Shan was murdered — the Zehri elders even came to the family and said they were ready to pay compensation if the investigation found the two men guilty — but the inquiry was certainly not satisfactory,” said one of them. He then added: “We can expect anything from the police. The drug trade, the gambling dens here, it all happens with their patronage.”

Physical violence is not the only way to make journalists toe the line. Zaib Ali, press club president and local bureau chief of Sindh TV reveals that when he reported on the sale of illicit liquor in Badah, his brother was arrested that night for gambling. Ali Raza of Awami Forum newspaper was picked up by police some years ago after he reported on forests being cut down, and threatened with being disposed of in a staged encounter.

Another coercive ploy is administrative in nature. Reporting on corruption can result in family members with government jobs being transferred far away. One TV reporter said his wife was a schoolteacher in Sukkur, and because the local authorities were displeased with him, she was transferred to Badin, nearly 350km away.

There is, however, another relevant issue here — the rot within the media landscape itself. It is well known that the press in Pakistan is going through a financial crisis. Massive retrenchments have taken place and salaries slashed. That said, most district correspondents have never been paid a salary, especially in the Sindhi press with the exception of one particular media house. Such a system cannot but encourage corruption in the form of news coverage for sale, or the lack of coverage, as the case may be.

Elections are a particularly lucrative time for the sale of ‘journalistic services’. “Candidates will pay anything between Rs200, 000 to Rs2m for media exposure,” says a reporter. Earlier, the deal was between the reporter and the aspiring candidate. Now, with the rise in the influence of media outlet owners, the bureau chief gets the “package”. One reporter ruefully describes the bureau chief as “SSP and feudal combined”.

The ‘desk in-charge’, who functions as the gatekeeper for the news, has his own demands. “We have to transfer money from our Easypaisa account balance if we want our reports to air. It can be anything from Rs50 and Rs500, depending on the story,” reveals a journalist in Badah.

The lack of unity among journalists makes them more vulnerable to exploitation. Badah for example, a town of less than 100,000 people, has no less than four press clubs, indicating a fragmented journalist community allied with different power centres. Other small towns in the province are no different.

Certainly, journalistic integrity can still be found, but it is a luxury that only salaried correspondents, those with family wherewithal or a second job which brings in an income, can afford.

It was not always this way. Sindhi media was in fact well known for its progressive leanings. “After the Soviet Union’s breakup in the late ‘80s, all the leftists in the province went into journalism,” says Mashooq Odhano, KTN bureau chief in Larkana. “Activists like us had studied the world before we came to journalism. We knew what democracy and human rights were.”

The feudals were extremely powerful then as well, but the truth carried a certain weight. It was the mushrooming of electronic media, believes the seasoned journalist, that sparked a decline, with vacancies far outstripping the supply of competent individuals who wanted to do journalism for the right reasons. As Mr Odhano says, “There used to be a romance about journalism. That is now gone.”

Nevertheless, the first step towards improving the media environment is to provide a secure environment for journalists. It has been some time that the human rights ministry drafted the Protection of Journalists and Media Professionals Bill. A fairly comprehensive piece of proposed legislation, it addresses the critical issue of impunity by setting up a seven-member commission with wide-ranging powers of investigation and redressal. Given the dire circumstances in which the media works, such legislation is urgently needed.

Passage of bill against ‘disrespect of armed forces’ assailed