A moderate voice in Ramazan

Different TV channels in Pakistan ran Ramazan programmes during the holy month. However, they provided very limited information on Ramazan, Islam and Pakistan. Instead, they appeared to be more like game shows with prizes. Ramazan was a great opportunity for our local media outlets to use Islamic teachings to guide the nation taking into consideration the existing circumstances. But that did not happen.

During this period, we also saw and heard a voice on PTV news, Business Plus, A Plus and other TV channels that focused on the situation facing the country and the Muslim world. Even though we have been seeing and hearing this voice for the past few years, the way we saw this voice debating with different clerics and scholars indicated that those supporting tolerance and interfaith dialogue and opposing sectarianism and sectarian violence are also gaining popularity in Pakistan.

There is no denying the fact that hatred is on the rise and love is in decline in Pakistan under the given circumstances. There has been an increase in terrorism and forces sparking sectarian violence are gaining strength. Under these circumstances, it is a difficult task to challenge the forces that believe in violence and bloodshed, rather than dialogue. However, Hafiz Muhammad Tahir Mahmood Ashrafi, chairman of Pakistan Ulema Council [PUC], has successfully accomplished this task during his various TV programmes and is still continuing to do the same.

Without a doubt, this war of terrorism and sectarian violence has adopted an ideological status after 9/11. Hundreds of people used in suicide attacks have targeted thousands of people not because of any greed or pressure but due to an ideology. This ideology was never challenged. Anybody who tried to challenge it was targeted by a bullet or suicide attack. This is the reason why the scholars, clerics and intellectuals, who considered this brutal mindset illegal, did not dare raise their voice against it. In fact, those opposing terrorism and supporting interfaith dialogue and tolerance in front of government institutions and foreign diplomats were seen promoting extremism and sectarian violence in recent times. The assassination of former Punjab governor Salmaan Taseer is a proof of this.

One thing that was noticed about Hafiz Muhammad Tahir Mahmood Ashrafi’s programmes during Ramazan was the fact that all issues, including those related to jihad, terrorism, sectarian violence and women’s rights, were presented in the form of an open debate. The aim was to initiate a debate that can help our young generation determine their future pertaining to Islam and Pakistan.

It is important to focus on “taboo” issues i.e. those whose discussion can attract fatwas of death. For instance, when it comes to women’s rights, no person with knowledge of Islam can deny the fact that women enjoy the right of inheritance in Islam. However, this issue is never discussed. Likewise, all clerics and scholars can talk about the wrong use of blasphemy laws in Pakistan when addressing special events, but when they discuss the same issue in front of the public, the bullet becomes their destiny. The same holds true for the issue of human rights.

There is no denying the fact that Islamic scholar Bilal Qutub also talked brilliantly about some social issues during his TV programmes. However, it was Hafiz Muhammad Tahir Mahmood Ashrafi whose programmes constantly focused on issues that hold great significance at the moment and need to be addressed.

The positive way in which the public responded to these programmes proves that whoever speaks the truth in the light of holy Quran and Sunnah will be applauded.

It must be remembered that Hafiz Tahir Mahmood Ashrafi is a young Islamic scholar, who has been associated with jihad in Afghanistan. There is a common belief that he has personal ties to jihadis and jihad. The fact that these people are talking about moderation is a very heartening sign. 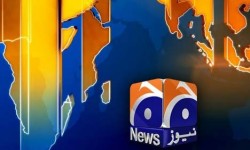 Tahir Ashrafi against ban on any channel, asks PM to step in