‘A journalist in a conflict zone is never prepared’ 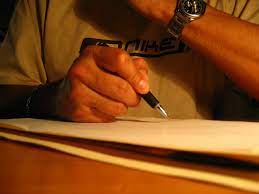 “You are never prepared enough to be in a conflict zone, regardless of how well you know the region or how much you have studied or learned over the years,” he added while speaking on the second day of the two-day conference on ‘Extreme Reporting: Conflict and Peace in the Digital Age’ held at the Centre of Excellence in Journalism at the Institute of Business Administration (CEJ-IBA) on Sunday morning.

The session was moderated by seasoned journalist Aamer Ahmed Khan.

Malick shared two examples of his experience of reporting in Afghanistan after the Taliban takeover and reporting on the war in Ukraine.

“Both experiences were interesting because you had to change your tone. For example, I was going to Ukraine on the fourth day of the war and while I was on the plane, three TV channels had a different take on the war – one called it an invasion, another called it war, and another one called it a specialized operation. So, when I landed, I called my boss and asked him: ‘what are we saying?” he said.

Two things Malick said that reporters need to be careful of are what they say and their tone as they do not want to offend anyone. BBC Urdu correspondent Sahar Baloch agreed with Malick and said that anything can happen in the field.

Talking about the pressure from the desk while reporting in a conflict zone, Baloch said that there is a style guide but “we are still told what to say”. “There is a lot of pressure. In print, it is easier as you can write it but on TV or on camera it is different.

It sets the tone for your entire coverage. Also, look at social media which does set another narrative. Each and every situation, however, is different,” she added.

CNN Producer Sophia Saifi shared the safety and security protocols that CNN had in place for its teams. She gave the example of how she was responsible for organizing everything for CNN’s team going to Afghanistan after the Taliban takeover.

Speaking from personal experience, Saifi recalled an incident from 2016 when she went on an embed with the military and said something that was picked up by the local and Indian media. The response, she said, was strange because the Indian media lambasted her but in Pakistan, people were commending her for her good work.

“There are many stories I want to do but due to security concerns [by CNN] I am not able to do them. But CNN is also great. They have check-ins, there are hostile environment training – which are horrible, but they are important, especially in the digital age,” she said.

“We are all working in conflict zones and there is temptation [to cover something dangerous] but there is a need to check in and look after your team,” she added.

Tribal News Network’s Khalida Niaz said that her organisation focuses on training its journalists on safety and mental health. “Only yesterday, we started a digital and physical safety training. But a journalist’s life is always surrounded by danger and a journalist should realise this and think how I can cover a story. Our eyes, ears are always looking for the next story,” she added.

Talking about reporting guidelines and how to handle temptations, the panelists shared their experiences. Malick said that during his last trip to Afghanistan, a country he has been to 11 times, he miscalculated on a story and ended up in trouble with his editorial team who told him to be careful.

Baloch spoke about her first experience in a conflict zone: Karachi. “I was covering a blast at Nursery and when all the injured/dead were being taken to Jinnah hospital I decided to go as well. But then there was a blast there too. This was my first experience and I did not know much about how to report on a blast/conflict area then. You just walked into it,” she said.

Talking about her reporting experience in Balochistan, Baloch said that it was her editor, Bahzad Alam Khan, who told her to use her last name to gain access and report in the province. “Most of my contacts were made on ground, and no one else wanted to go there. It is difficult and important to strike a balance here,” she added.

TNN’s Naz said that on days she is working from the desk, she assigns stories to reporters in Khyber-Pakhtunkhwa and erstwhile FATA. “Reporters do face issues and say that they cannot get information for some stories, what I ask them to do in these situations is ask their local sources and contacts. The story can always build from there,” she added.

According to Baloch, being a woman helps her when she goes out to report because no one takes her seriously. The security personnel will always stop and question the men instead of her, she added. Recalling a recent reporting trip, Baloch said that she had gone to cover the Panjgur blast and there was a temptation to see the site but they did not have permission to proceed. “While I was tempted, I did not go ahead. I had my team with me and I could not put my life or my colleague in danger,” she added.