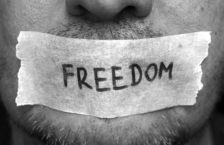 Several laws impacting the media sector are in the works. Some, like the Sindh Protection of Journalists and other Media Practitioners Bill, 2021, have been seen as a step in the right direction since official safeguards for the media fraternity are highly necessary, as seen by the recent attacks on journalists. Other bills, however, have earned criticism from media and human rights bodies as being over-regulatory and harmful to free media.

The Pakistan Media Development Authority (PMDA) Ordinance, 2021 is the latter. The proposed law has been rejected by the Pakistan Federal Union of Journalists (PFUJ), Human Rights Commission of Pakistan (HRCP) and Pakistan Bar Council (PBC) as being “draconian in scope and devastating in its impact on the constitutional principles and guarantees for freedom of expression, media freedoms, and the right to information.

There are several legal inconsistencies as well as regulatory excesses with the bill which is why it has offended both the umbrella organisation of all journalist unions and the representative body of lawyers in the country. The bill was supposed to provide some needed oversight yet in some of its provisions that oversight promised threatens to turn to policing of speech.

For example, the bill proposes the establishment of media tribunals to hand punishments of up to three years in jail and Rs25 million in fines to content producers. Already overused defamation laws in the country have led to a backlog of cases and stifling of speech—the establishment of tribunals that can punish journalists for content deemed offensive can be misused in extremely dangerous ways.

Similarly, the bill does not seem to be thoughtfully drafted from a legal point of view—it proposes to repeal all current media-related laws, including the Pakistan Electronic Media Regulatory Authority Ordinance, 2002, and the Press Council Ordinance, 2002. One ordinance is not enough to fill the gap of several regulatory bodies’ laws—this will lead to a lot of legal confusion in the courts.

The government must consider the resistance they are facing against this and instead, should focus on empowering those in the field. Consultations with the media are urgently needed.