A dire conversation with an upcoming author

KARACHI: The crowd was silent during actor Sarwat Gilani’s narration of journalist Maheen Usmani’s first book, The Mercurial Mr Bhutto & Other Stories. If it was discomfort, shock, empathy, or a culmination of all the audience felt… no one could know for sure.  However, one thing was for sure: Maheen’s stories might be fictional but they touch on very real issues.

Adab Fest concluded on Sunday after 12 book launches and 13 sessions, which discussed an array of topics from everything about Islamaphobia in the West to women’s rights, and much more. Maheen’s book launch was no exception to the intriguing list of topics to touch upon.

The title, The Mercurial Mr Bhutto & Other Stories at first might suggest the book is just about the former Prime Minister of Pakistan, Zulfiqar Ali Bhutto, but it is just a small part of the debut collection of powerful short stories. Indeed, Maheen sketches an elegantly constructed plot based on Mr Bhutto’s downfall by his handpicked Army Chief Ziaul Haq and the turbulent time that ensued in the country. Except, the story is seen through the eyes of a child. 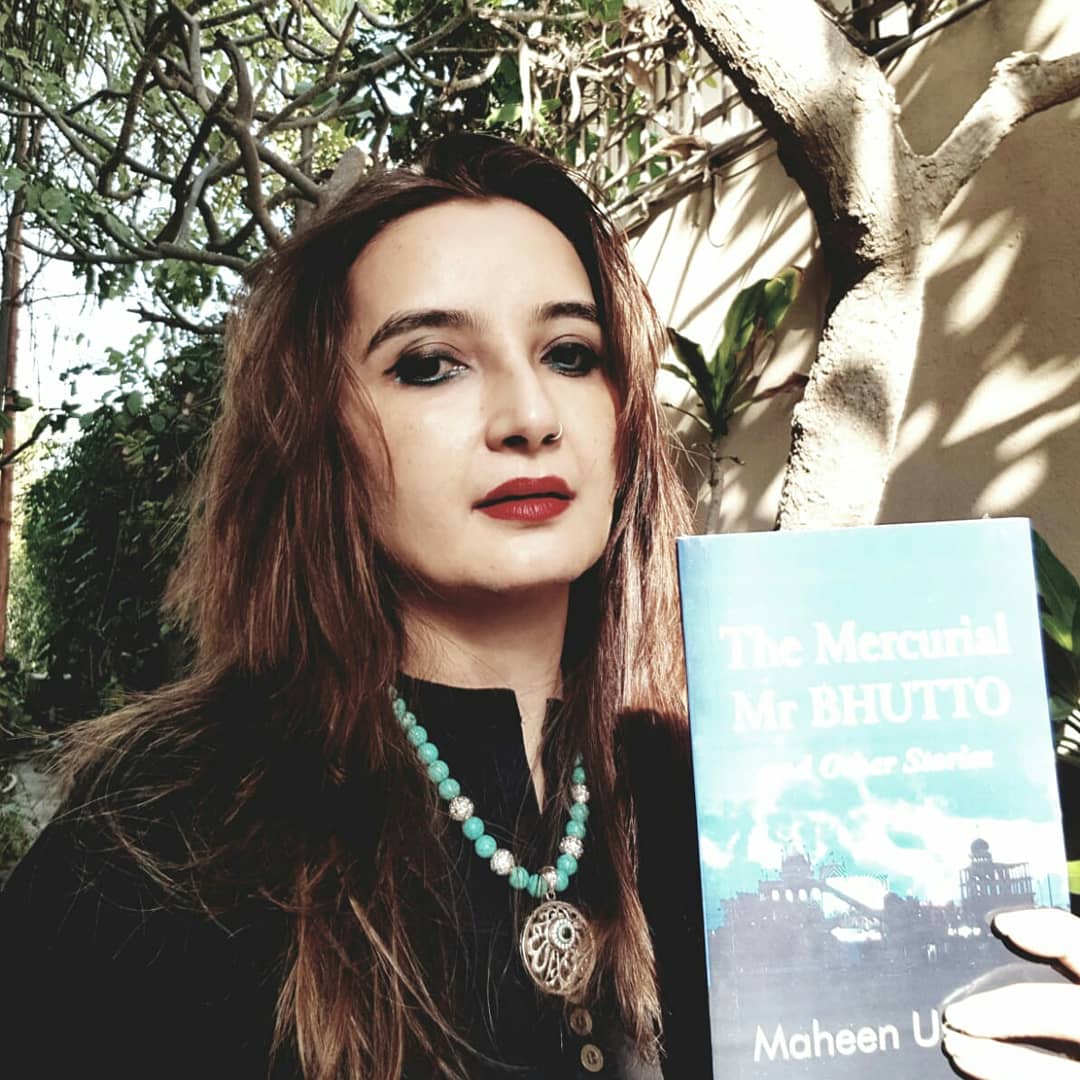 By the way, what does mercurial mean? Most might know that the word means ‘subject to sudden or unpredictable changes of mood or mind’.  Whether you agree this is an accurate description of Mr Bhutto or not, the title is tantalising.

Maheen was joined by impressionist and comedian Shafaat Ali, along with surprise guests Sarwat Gilani and husband Fahad Mirza. Sarwat’s outfit was the fashion rage of the session, wearing a crimson sari complete with poetry by Zehra Nigah.  And while the initial banter was light-hearted, the session drew on much more serious notes. 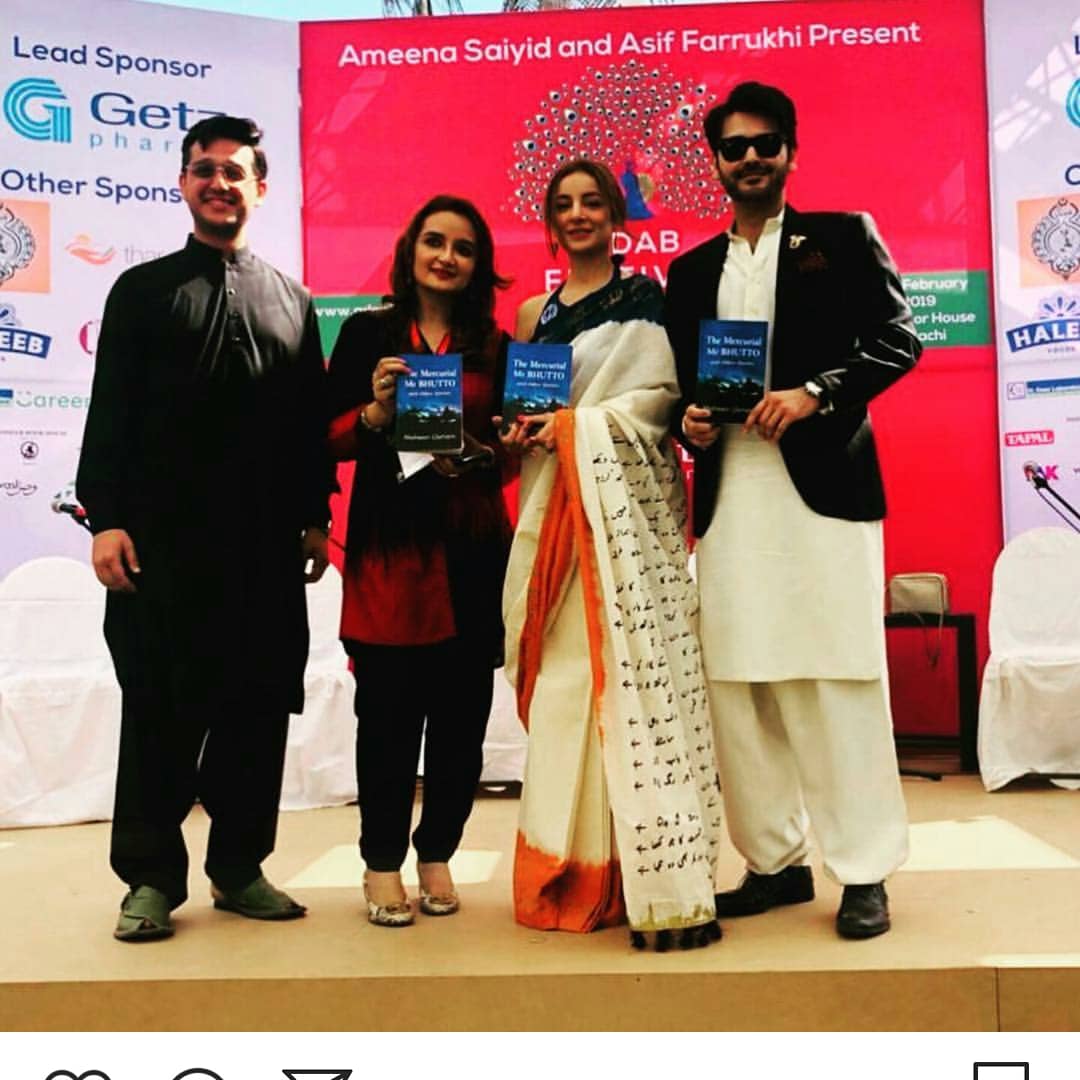 As mentioned, Sarwat touched upon the tragic issue of child sex abuse, all too readily brushed under the carpet. Maheen also mentioned during the conversation with the audience that ‘politicians are humans too’ and that Pakistani’s shouldn’t either just ‘love or hate’ political leaders. Meanwhile, Fahad’s narration was short and sweet, but thought-provoking.

As Adab Fest came to a close, co-founder Ameena Saiyid addressed the audience saying the literature festival is ‘a movement to spread peace and harmony through expression.’ It was a great opportunity for upcoming author’s to start social and political discussions through their work.  Maheen’s first published book was no exception.