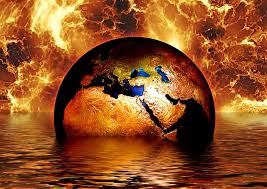 It was a nightmarish Iowa blizzard in 1998 that made Seth Watkins rethink the way he farmed. Before then, he’d operated his family business – he raises livestock alongside hay and corn crops for feed – pretty much as his parents had, utilizing practices like monocropping and unseasonal calving cycles, methods designed to cheat nature. The blizzard, which imperiled the lives of many newly born calves that year, made him realize there must be a better way to steward the land and the animals on it – methods more attuned to the natural scheme of things.

In the 20 years since, Watkins has shepherded in a number of major changes – such as prairie strips, cover crops and rotational grazing – that prevent soil erosion, curb toxic nitrate and phosphorus runoff into nearby waterways, stimulate the biodiversity of the local ecosystems, and improve soil moisture and nutrient content, all the while increasing profits, he said.

These regenerative farming practices also achieve one other key outcome – they improve the soil’s ability to sequester carbon. This is something that brings practical impacts at the local economic level. But soil carbon sequestration also has the potential to tackle one of the single greatest threats to humanity: anthropogenic climate change.

“Carbon is life,” said Watkins. “Carbon really does belong in the soil where it sustains us”.

The science is in: From increased wildfire damage and the threats from rising sea levels, to ocean acidification and the impacts on human migration patterns, the effects of global warming are already being keenly felt. To prevent these developments from turning potentially catastrophic, we must stop the planet from warming 1.5 C above pre-industrial figures, say the world’s climate experts. To do this, global carbon emissions must decrease by about 49 percent from 2017 levels by 2030. Carbon output must be squashed to zero by around 2050. As an indication of how difficult this is going to be, greenhouse gas emissions rose last year in the United States.

Much of the conversation surrounding what to do has our heads turned skyward – reduced emissions from power plants, for example. Many companies are also vying to produce the first to-scale, commercially viable negative emissions technology – one that sucks and stores away more carbon dioxide than it uses.

But a growing number of experts say we need to look downward, arguing that the carbon sequestering capacity of the soil under our feet has the potential to help tackle and reverse, perhaps significantly, human-caused global warming. That’s because soil holds about three times more carbon than the atmosphere. But the way humans have cultivated and managed the planet over millennia – think industrial farming practices and drainage of wetlands – has led to the loss of huge quantities of carbon from the soil. Different estimates pin this number at anywhere from 130 gigatons – one gigaton is a billion metric tons – to 320 gigatons of carbon lost.

So, with a fundamental shift in the way we cultivate the world’s soils to revitalize their carbon content, it is “possible that we could make a major dent” in atmospheric carbon dioxide levels, said Marcia DeLonge, senior scientist in the Food and Environment Program at the Union of Concerned Scientists. DeLonge is far from alone in her thinking.

A recent National Academy of Sciences report discusses how “uptake and storage” of carbon by agricultural soils could be ready for “large-scale deployment.” But the report also warns of the limited rates of carbon uptake by “existing agricultural practices.” And while much research still needs to be done to understand the degree to which soil can sequester more carbon, the myriad “co-benefits” from better land use practices – like improved farm productivity and reduced environmental impacts – means it’s time to give “serious attention” to the issue, DeLonge said.

“Soil can hold a lot of carbon. It can hold a lot more [than it is]. Just how much more is a matter of more research,” she added. “But we can’t be dilly-dallying anymore. We need to be assessing the landscape for opportunities, and then start to take some action.”

Carbon is an essential ingredient of healthy soil, helping it maintain its structure, and water and nutrient content. So, how does it get there? Conventional wisdom has been that carbon is transferred to the soil through decomposing plant and animal debris. But cutting-edge research in soil science is revealing a much more complex set of circumstances at play. One example of this is an evolving understanding of the ‘liquid carbon’ pathway, which describes the way in which liquid carbon – in the form of dissolved sugars formed during photosynthesis – is passed through roots into the soil to support the complex microbial life there.

“We know that organic matter in the soil is super important in terms of promoting crop growth via several mechanisms,” said Lisa Schulte Moore, a professor in the Department of Natural Resource Ecology and Management at Iowa State University. Indeed, carbon levels are an important function of soil’s water-absorbing potential, for example. According to the NRDC, a 1 percent increase in soil organic matter enables each acre to hold onto an additional 20,000 gallons of rainfall (though that finding is dependent on a number of variables, like soil texture).

“You have the fostering of a whole food-web of life in the soil that can help make nutrients available to the crop,” Schulte Moore added. “[While] a third way by which soil organic matter helps promote crop growth is by promoting structure that facilitates root growth.”

Given the symbiotic relationship between soils and the vegetation they sustain, soil carbon loss happens all sorts of ways, deforestation being a prime example. We’re already losing about 18.7 million acres of forests per year. One international study finds that, under Brazil’s new president, Jair Bolsonaro, the deforestation rate of the Amazon could triple. At least 33 percent of global wetlands had been lost as of 2009, a recent paper suggests. A certain portion of the world’s grasslands has also been lost to desertification, which is when lands are stripped of their productivity due to things like drought and inappropriate farming methods (though there remain divided opinions as to the exact amount of grassland lost through human practices).

In the US, industrial farming practices like monocropping and routine tillage have led to the massive erosion of topsoil, where most of the carbon is stored. “Those practices are things that can be easily avoided,” said Roger Aines, chief scientist of the energy program at Lawrence Livermore National Laboratory. “When we’re dealing with sensitive soils, like in these wetlands and peat soils, you shouldn’t plow them or dig them up. When you’re dealing with soils that could blow away, you should keep a cover crop.”

This article has been excerpted from: ‘A Climate Change Solution No One’s Talking About: Better Land Use’.