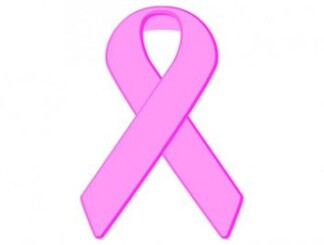 Cervical cancer kills an estimated 275,000 women every year and 500,000 new cases are reported worldwide. This entirely preventable disease is the second largest cancer killer of women in low and middle-income countries. In Pakistan, more than 7,000 women die every year from the disease.

“It’s shocking that over 7,000 women are dying of cervical cancer in Pakistan ever year,” said Sania Nishtar, Federal Minister for Science and Technology, Information Technology, Education and Training. “After the election, we need to ensure that a comprehensive prevention programme, which includes vaccines, screening and treatment, is available for all women and girls.”

According to the Crisis Card, Australia has the lowest cervical cancer mortality rate, which is due to the successful rollout of a comprehensive package of HPV vaccines, treatment and prevention. According to the government of Australia, there has also been a decline in genital warts and cervical abnormalities among young women since the introduction of the HPV vaccine in Australia. Dr Jennifer Smith, Executive Director of the Cervical Cancer Free Coalition, said: “Cervical cancer is a preventable cancer, yet we are still seeing so many deaths around the world.

At Cervical Cancer Free Coalition we are working towards building networks across the globe to help support our common goal of a world free of cervical cancer. Together we can dramatically reduce this disease through vaccination, screening and education.” The startling disparities between women in the developed and developing world are personified by cervical cancer. A woman in Zambia is 25 times more likely to die of cervical cancer than a woman in Australia and India has 750 times more deaths than Norway. This level of inequity is also reflected across gender indicators with girls less likely to attend school but more likely to be malnourished and married as a child.

Seth Berkley, CEO of the GAVI Alliance, said, “2013 is the beginning of a dramatic shift in women’s health. A new low price for the HPV vaccine has been negotiated by GAVI for countries eligible for support, opening the door for millions of girls in the world’s poorest countries to be protected against one of the leading cancer killers of women. Ghana will be one of the first African countries to receive HPV vaccines this year with GAVI support.”

Coming in the same month as the global Women Deliver 2013 conference that will have a focus on gender and health equity in terms of the post-2015 framework (the follow framework to the Millennium Development Goals), the report is a timely reminder of the challenges facing women, especially in the low to middle income countries. By prioritising women’s health in the next developmental framework, world leaders would show that they’re serious about challenging inequity and building sustainable societies where universal rights are guaranteed for all.

Sania Nishtar added, “By investing in women, nations are investing in their future prosperity. If women are educated, are represented politically and have access to good quality health services, then they and their children are much more likely to stay healthy and contribute positively to their nation.

Huge progress has been made across the world, but much more can be done to save and improve millions of women’s lives, particularly those from the poorest and most marginalised communities.” Cervical cancer is a taboo issue in many places as it is linked to sexual transmission. Unless women’s groups and civil society join together to lead movements that break through stigma, patriarchy and other societal barriers, we will continue to see large numbers of deaths and high mortality rates. 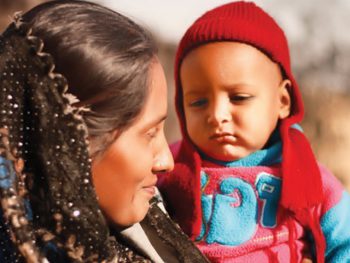