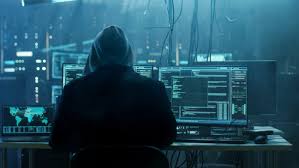 Islamabad: Around 72 cent of women in the country have no awareness about the cyber crime laws dealing with online harassment on the internet.

This estimate makes part of the preliminary findings of a study conducted by Digital Rights Foundation (DRF) shared at a seminar titled “Fostering Open Spaces in Pakistan-Combating Gender-Specific Threats to Women’s Activism Online” organised by DRF for women journalists on Monday.

The study says that social media landscape is dominated by men in Pakistan. On Facebook, there are 77 per cent men as compared to 23 per cent women whereas of the 5.2 m people on Instagram, 69 per cent are men and only 31 per cent users are women.

Presenting the key findings for further discussion, Seerat Khan from DRF said that in 2018, there were 55 million 3G/4G phone subscribers and 58 million broadband internet users. There are over 44 million social media accounts, majority of which are on Facebook.

According to FIA, she said that a total of 850 complaints were lodged from September 2016 to December 2018. Of the total 587 cases, 81 cases were related to online harassment. She also identified lack of financial and human resources that hinders the effective implementation of Cyber Crime laws.

About online harassment of women, she said that according to Democratic Commission for Human Development report, every second women rights activist faces serious threat online. About common forms of risks faced by women information practitioners online, she said they face fake accounts, misuse and stealth of private information, trolling, spamming, abuse, threat, unsolicited pictures and state and social surveillance. 85 per cent of the women surveyed under the study said that abuse was mostly hurled by seemingly fake accounts.

The study defined feminism, blasphemy, secular views and ‘on women for being women’ as red line for online debate for women activists. It says that 80 per cent of the respondents feel online abuse limits their freedom of speech.

Seerat said that a third of journalists surveyed for DRF study did not know what to do when subjected digital crime or harassment. For those who knew that they can contact law enforcement agencies, 62 per cent said they did not know just how they would contact them.

Talking about the complaints received by DRF on its helpline (080039393), they received over 2781 complaints. “Majority of these complaints were against use of pictures without permission. In addition, many social media users face issue of fake social media accounts created in their names. Just recently we have started receiving complaints about fake Whats Aap accounts,” she said while warning against sharing security code with any anyone portraying as Whats Aap representative.

Seerat said that women tend to ignore online harassment instead of using the law against harassers as they believe that state agencies would not be able to provide and relief. They think that taking legal action could create more problems for them.

The seminar ended with a discussion on recommendations to improve online security for women. They participants recommended representation of women in law enforcement agencies and mechanisms and parliamentary overview of the effective implementation of existing laws. They also suggested including the definitions of different concepts such as hate speech, religious glory and state sovereignty in the law to have a clear guideline for the use of social media platforms.