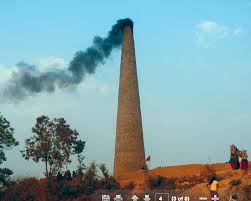 Rawalpindi – Police registered cases against the five kiln owners for their alleged involvement in forcing the children to work.

The cases were registered against the owners under the Punjab Protection of Child Labour at Brick Kilns Ordinance 2016 at Gujar Khan and Mandra, informed police spokesman yesterday.

According to him, a team of police station Mandra raided four brick kilns in the area and found children working there during the school hours.

Taking action, police lodged cases against the owners Chaudhry Ikram ul Haq, Ayub Khan, Shakil ur Rehman and Chaudhry Arif.
Similarly, the team of Gujar Khan police carried out a raid on a kiln owned by Arif Iqbal and lodged a case against him.
However, not a single accused was arrested by police till filing of this report, a source disclosed to The Nation.

Meanwhile, Assistant Commissioner Tasneem Ali Khan started conducting surprise visits to kilns to stop child labour.
The AC along with his team checked five kilns in Losar and also interviewed the children who pledged to get education in schools instead of working at kilns.

AC Tasneem Ali Khan told The Nation that the district government has started paying surprise visits to the brick kilns to discourage child labour on the instructions of Punjab government.

“As many as 164 kilns are located in the 8 tehsils of division and the government have collected the full detail of these kilns,” he said, adding that no kiln owner would be allowed to force the children for making bricks.

The raids were conducted in the areas of Misrial Road, Chakra and its suburbs under the National Action Plan (NAP).
Police searched 120 houses and interrogated 150 people and collected their information.

During search operation, some six persons were taken into custody and cases were registered against them under section 55/109 PPC.
Similarly, police booked and held three landlords and owners over violation of Punjab Information of Temporary Residence Act 2015, a police spokesman informed.