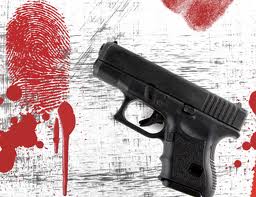 The culprits ransacked in the office and opened indiscriminate fire killing two persons.
One among the deceased was identified as Shahroz. The bodies were shifted to hospital and the police after registering a case into the incident have started an investigation.

Meanwhile, a robber identified as Ali Akbar was killed while his two accomplices managed to escape after exchange of firing with police in Alipur Chattha area of Gujranwala.