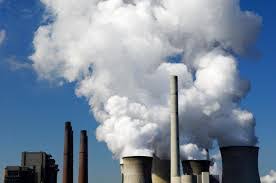 ISLAMABAD  –    Former Federal Minister for Information and Broadcasting, Senator and Water Environment Forum Nisar A Memon has said that “It is a challenge to our political leadership to address: estimated 135,000 deaths per year attributed to ambient air pollution – the leading cause of sickness and deaths in Pakistan.”

The ambient pollution namely smog a public health emergency mostly in Punjab specially Lahore, and $50 billion estimated economic burden of air pollution was part of the challenge faced by the country’s leadership, he added.

“The citizens will be scrutinizing the upcoming budget to see how the planners address the scourge of air pollution , and ensure adherence to the Constitution of Pakistan which assures them in Articles 9 and 14 the right to clean environment as fundamental human right. The Parliament which represents the people will also be held accountable for any omission in this regards,” Memon said.

Talking to APP, he said that “Air Pollution is a serious threat globally as well as in Pakistan causing deaths, health hazards and economic burden. However, June 5th is observed each year globally, for over 40 years, as World Environment Day. This year 2019 the theme is ‘Beat Air Pollution’ which is caused by industries in the form of release of poisonous untreated gases, agriculture with burning of crop residual and releasing harmful Particulate Matter (PM) a finely divided solid and liquid particles of organic or inorganic nature that remains suspended in the atmosphere causing respiratory disorders, transportation with emission of diesel gases and households using wood and animal dung in the absence of clean natural gas.”

“Like in the past we shall hold conferences in posh environment and make announcements but the time has come for citizens to wake up and hold accountable every one who makes commitment to combat air pollution on war footage. Let there be an Air Pollution Policy with specific programmes and investment with time line and key milestones. Judiciary must come forward to ensure Constitutional obligations are delivered and take citizens cases on priority using recently announced low cost e-courts,” the former Federal Minister said.

To a question, he said that “Let’s see which of the governments: federal, provincial and local announce status of air pollution in their territory and provide meters to measure and air purifies to purify air while citizens use simple face masks for their safety from pollution.”

Although trees were great at filtering many harmful gases, but were inadequate at filtering PM 2.5 the most dangerous element of smog, he said.

He believed that creating massive awareness in localities and areas most affected could play a leading rule.

It was high time that we made it a habit and part of our cleanliness, he added.

“The incumbent government which has priority of economic revival have no option but to develop technical capacity and capability to beat ambient pollution since they are under Constitutional oath to provide fundamental human rights to its citizens,” he added.