In this connection, Mardan Gold Art Council, Culture Journalists Forum, Mardan chapter and other organisations of culture and film industry will arrange function to pay tributes to the late film star.

His father Maulvi Yaqut was a prayer leader of a village mosque.  He worked in over 400 films, mostly in Pashto but also in Urdu, Punjabi, Sindhi and Hindko from 1970 till 2002.

Before joining films, Badar Munir used to drive a rickshaw in Karachi and later got job as tea boy at the office of known Urdu film star Waheed Murad.

He was introduced by Waheed Murad to the film industry in 1970. His first movie was Yousaf Khan Sherbano, with Yasmin Khan as heroine. The story was written by a notable Pashto poet Ali Haider Joshi. It was based on the famous Pashto folk story of Yousuf Khan and Sherbano. His other successful movies including Adam Khan Durkhanai, which was also based on a folk story; Orbal, Baghi, Deedan, Kochwan, Mairanay Wror, Khana Badosh, Topak Zama Qanoon, Dehqan, and Nawey da Yaway Shpay.

He was also seen in several Punjabi films including Chor (1977) and Haibat Khan.

Badar Munir had great services for Pashto language and Pashto culture due to which he is still remembered in the hearts of Pakhtuns. Badar Munir was not only a good actor but also a social worker. 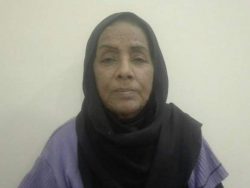