100,000 saplings to be planted in Islamabad | Pakistan Press Foundation (PPF) 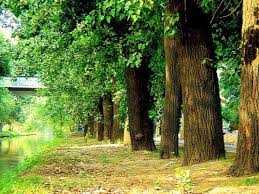 Islamabad: The Plant for Islamabad campaign will begin on April 3 under the government’s 10 Billion Tree Tsunami afforestation initiative.

Additional Secretary of the Ministry of Climate Change Babar Hayat Tarar told reporters here that the minimum target of planting 100,000 saplings had been set for the Plant for Islamabad campaign.

He said special sapling distribution points would be established by the Islamabad administration and Capital Development Authority on that day where the people could collect saplings free of charge.

Babar Hayat said the government would invest one billion dollars in the 10 Billion Tree Tsunami afforestation programme. He said the provincial governments would contribute 50 per cent funds to the initiative.

The official said the federal government would provide funds for planting saplings in Azad Jammu and Kashmir, Gilgit-Baltistan, tribal districts and the Islamabad Capital Territory.