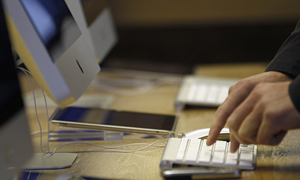 “The State Bank of Pakistan (SBP) is reporting $500 to $600 million annual software exports but the actual IT exports are more than $2.2 billion a year,” Mr Ranjha told the National Assembly standing committee on information technology and telecommunications.

Managing Director Pakistan Software Export Board (PSEB) Asim Shahryar Hussain said because of heavy taxation, most software houses were keeping their money outside in countries such as France and Sri Lanka which offered exemptions and encouraged such entrepreneurships.

“Software companies in Pakistan have to pay 8pc on their revenues which is on the higher side and a disincentive for IT businesses,” said Mr Hussain, explaining how India also exempted its information technology industry from taxation to promote it.

The official added that whatever money was coming in from the export of software could only cover the operation costs.

The PSEB chief explained that the aim was to help the industry earn $10 billion by 2025, “but we need to exempt this industry from heavy taxes.”

He asked the members to help the industry grow and also urged the government to grant the industry a five-year tax holiday.

According to the secretary IT, the information technology industry was the fastest growing at 46pc a year.

On the request of PML-N lawmaker Makhdoom Khusro Bakhtyar, the chairman of the committee, Mohammad Safdar, agreed to look into the issue of heavy taxation to help the industry grow.

The committee met to discuss the ministry’s financial demands to complete ongoing projects and initiate new ones.

The committee unanimously passed the Public Sector Development Projects following a debate on the benefits of some of the schemes.

The ministry of IT sought more than Rs5 billion for its ongoing and new projects such as the development of information technology parks in Islamabad, Lahore and Karachi, mobile coverage in Neelum valley, a project on cross-border connectivity between Pakistan and China and the IT capacity building of government employees.

Mohammad Talal Chaudhry of the PML-N did not seem pleased with the e-governance project for which the ministry also demanded funds.

“Successive governments have been injecting incalculable sums of money into e-governance projects and we have been hearing about connecting government departments since 2007 but nothing has been done in this regard,” said Mr Chaudhry, asking when the ministry would do away with the file culture.

Secretary IT Azmat Ranjha explained how the government had inherited nothing in this area.

There was no fibre optics network, no data centres and no connectivity. In the last 18 months, the ministry has installed all of these facilities with a fully-functional back-up.

“The ministry is the only government department in Asia which operates in a paper-free environment completely,” Mr Ranjha said, explaining how the ministry was asking other divisions resisting change to adopt the technology to make the job easier and convenient. 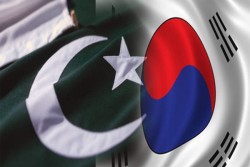 South Korea to establish IT Park in Pakistan to promote SMES: ENVOY 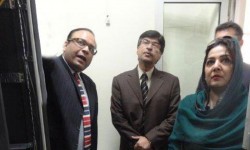